2019 Year of the Roadrunner

The inspiration for the Winter 2020 Designed Delivery

There are some animals you see more often than not in the desert, and certain animal sighting chances vary depending on where you live in the desert. In the years we've lived in Joshua Tree, we have had a few isolated visits from roadrunners. They are usually moving fast or ready to move on as soon as we spot them. I could probably count those encounters on one hand.

On occasion, we would spot one in the wild. This was very rare for us. I'm not sure if other desert residents see roadrunners more often than us.

During the late spring, I spotted a roadrunner on our patio. This has never happened before – at least not something I witnessed. I went to investigate, and as soon as it saw me, he or she leapt up onto our patio fence, ran along the top of it, jumped up on our roof, and ran over the roof peak and out of sight. I hurried around to the front yard, but this roadrunner was long gone by then.

The next day, I saw the roadrunner crossing the street.

Then I didn't see it again for a while.

A few months later, during the lazy, scorching part of the summer, we started getting patio visits from other animals, mostly resident cactus wren and cottontail rabbits. The cactus wren would pick at our plants most likely looking for bugs. The rabbits would scurry along our patio finding the few dangling succulents I had regretfully let grow to close to the patio floor. This went on for a few months.

In September, I discovered one of my cacti was regularly getting chomped on. It puzzled me because it was tucked back on a tall chair behind other plants. There were plenty of yummy plants to get to before it. It shouldn't have been even noticed by any critters looking for a snack.

A week or so later in early October, I noticed some animal activity on our patio. I quietly and slowly crept outside with my phone recording what I might possibly see. I captured this:

I have no idea what was so attractive about this particular cactus, but this roadrunner was loving the taste, enough to come back for seconds (or thirds?)! I just laughed. I love the curious animals, and I'm guilty of planting plant snacks around the yard for these visitors.

The next month, I went on a hike in Palm Springs by myself. It was a late afternoon hike and it was very peaceful. While heading to the car on my way back, I was passing the residential community that is next to the beginning of the mountain trail. Some movement along the bordering fence caught my eye. This is who it was:

It was another quiet encounter, and it felt a bit personal and special.

Rounding out the end of the year, one December afternoon I was driving home from downtown Joshua Tree when I spotted a roadrunner at the edge of our neighborhood. I pulled over and let it safely cross the street at its leisure. It was in less of a hurry, but still on a mission, perhaps to find a cactus snack on someone's patio.

Other Notable Desert Wildlife Encounters in 2019

Want a design delivered right to you throughout the year — for free? Sign up for Designed Delivery! 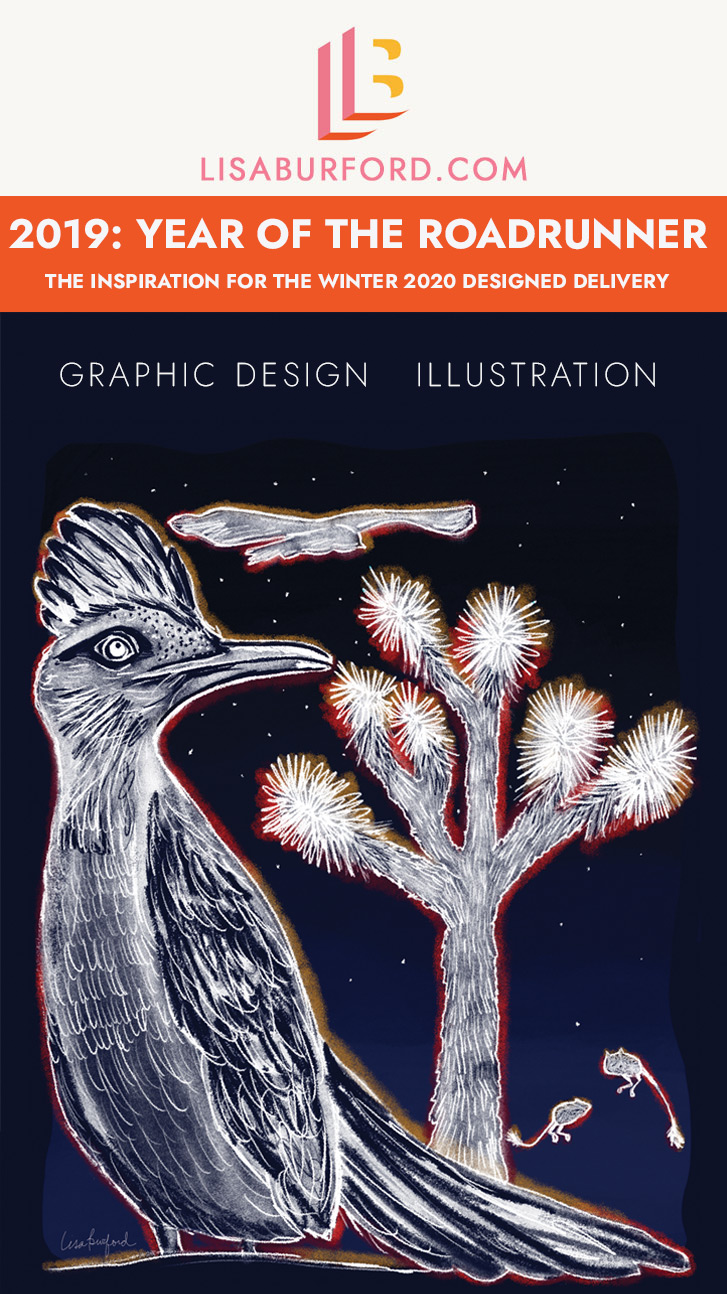